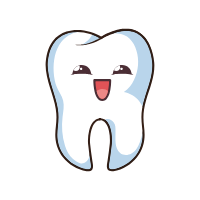 Can You Replace Brushing Your Teeth With Rinsing With Mouthwash?

If you brush your teeth twice a day and use mouthwash, the bad oral bacteria in your mouth will have little chance to thrive. Flossing between your teeth also adds an additional layer of protection. However, using just mouthwash, or brushing your teeth with mouthwash instead of toothpaste, is inadvisable.

Mouthwash should not replace toothpaste or brushing.

Most of the mouthwashes available today don't contain fluoride. So, while mouthwash will help to kill some of the bad oral bacteria in your mouth due to its antibacterial properties, it won't help to reinforce your tooth enamel.

Fluoride penetrates your enamel and works alongside minerals like phosphate and calcium to form a hard layer that is even stronger than bone. Toothpaste contains fluoride. Because of that, toothpaste is much more important than mouthwash when it comes to keeping your teeth free of bacteria and the tooth decay that they cause.

Did you know that toothpaste contains abrasives that help to scrub away the plaque and bacteria that cling to your teeth? Abrasives, such as phosphate salts and calcium carbonate ensure that your teeth are smooth and bacteria-free after each brushing session.

It's important to remove plaque and bacteria from your teeth because they cause tooth decay and enamel erosion. Likewise, it's also essential to keep the surface of your teeth smooth because bacteria and food particles can cling to a rough surface more easily than they can a smooth surface.

Since mouthwash doesn't contain abrasives, rinsing with it won't do anything to remove bacteria or plaque from your teeth.

If you don't brush your teeth, you can't expect a quick rinse with mouthwash to do the same job as brushing. For instance, if you are in a hurry, running out of the door with a mouthful of mouthwash will help, but not to the extent that brushing will. Yes, mouthwash can kill some of the bacteria in your mouth, but the bacteria and plaque on your teeth will still be there.

And once you have swallowed the mouthwash or diluted it with other liquids, it will lose its potency. That means that throughout the day, the plaque layer on your teeth will become thicker than usual because the bacteria inside it have all day to breed and multiply. The acids they produce will damage your teeth too.

Mouthwash cannot replace brushing or brushing with toothpaste. However, mouthwash can help to bolster your mouth's defences when used with brushing. For further questions, contact a dentist near you.